What the iPhone 6 means for Mobile Marketing

As a non-iPhone owner, I didn’t quite appreciate (or even fully comprehend) the hum of chants that could be heard across the globe as the launch of the iPhone 6 and iPhone 6 Plus drew nearer. On Tuesday Apple unveiled its newest and possibly most coveted devices since, well, the iPhone5 series and the world has been in a state of frenzy since. Whether you like it or not, if the iPhone 6 and iPhone 6 Plus have not been on your wish list or on your lips, it’s at least been on your mind.

Even before devout Apple aficionados in various parts of the world camped outside Apple stores, the demand for the new Apple products far exceeded Apple’s pre-order supply. The devices were already sold out before their official release on Friday, 19 September 2014. Within just 24 hours of pre-order availability, Apple had already sold a record-breaking 4 million units. 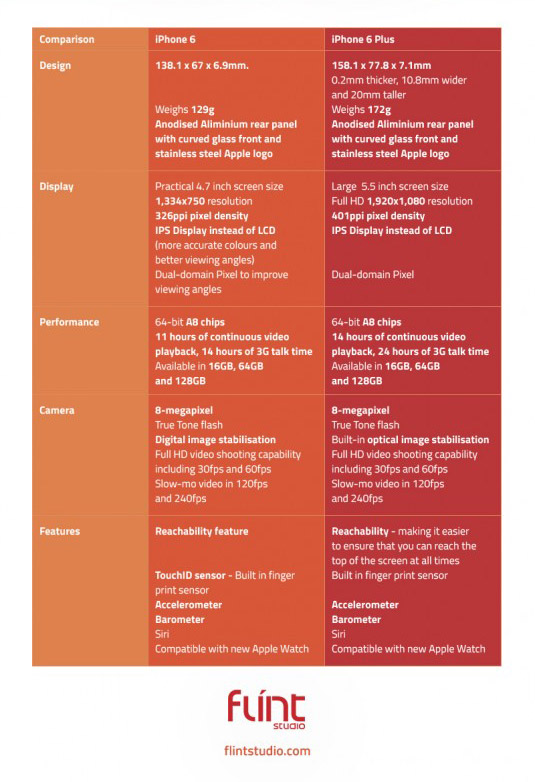 Both phones are very similar. The iPhone 6 and iPhone 6 Plus have equally fast performance, fast graphics and similar design, features and storage. They are also both equipped with the accelerometer and barometer which give more accurate results in Apple’s iOS Health App. Their built in finger sensor allows you to unlock your phone faster and confirm payments on the app store with your finger print.

The biggest difference between the two is obviously in size, price and battery life. The iPhone 6 Plus’ improved camera also puts it just slightly ahead of the iPhone 6. The iPhone 6 seems to make the most sense in terms of value-buy. It is interesting to note, however, that the initial shipment of the iPhone 6 Plus sold out faster and it’s been predicted that it would be less likely that they would be available at Apple stores by the time you go out to buy yours because of the high demand.

Does this mean that mobile users generally prefer mobile devices with larger screens? According to Apple, the iPhone 6 and iPhone 6 Plus are the biggest advancements in iPhone history. According to its competitors, there isn’t much that’s very innovative about the iPhone. Some brands are saying, “Well, we’ve kinda been doing it.” – specifically Samsung.

Does anybody still remember the dig Apple indirectly took at Samsung with the iPhone 5? Let’s go back to a 2012 quickly:

Samsung certainly didn’t forget it and jumped at the chance to remind Apple who was making phones wider before it became “4 million pre-release sale” cool.

Google’s Nexus users also jumped on the wagon, which had some reviewers asking if Apple’s iPhone 6 is just Google’s Nexus 4. Apple creators have now agreed that bigger means “better and easier to use” and according to Adobe’s 2014 mobile report that has been the general consensus amongst smartphone users. So it was probably only a matter of time before Apple decided to catch up or risk losing out to its competitors.

According to the report smartphone users prefer to browse the web on wider mobile screens. It was found that traffic to websites from smartphones greater than four inches in size was up by 19% in 2013 while traffic to websites from smartphones with screen sizes of 4 inches or less was down by 11% year-over-year. The report warned that Apple’s market share will erode if the company did not make the ‘big’ change.

Luckily for Apple, it was already on top of things and may win over an even larger fan base with the introduction of its wider screens. But this may not only be good news for the mobile giants, but for marketers as well. Brands looking to leverage off the vivid viewing that will undoubtedly come with the bigger screens and “Retina HD” displays will be able to do so by targeting mobile browsers on social media. Since smartphone users prefer to browse on larger screens, greater social media engagement can be expected from iPhone users. With Facebook and Twitters rich media, in-feed ads and videos marketers could find creative ways to target their growing mobile audience. The bigger screens and longer battery life will make digital video advertising a better experience for both iPhone users and marketers.

A new Instagram feature launched by Facebook already favours Apple. Hyperlapse, an app that uses Apple technology, is already being experimented with by big brands. Apples latest iOS 8 software is said to be an operating system that is more powerful than ever. The new health app might encourage pharmaceutical brands to engage their mobile consumers. The Apple Pay digital payment service will also make it easier for mobile users to make purchases. Thousands of U.S. retail stores, including major ones such as Disney, McDonalds and Macy’s, are participating in its launch and it’s only a matter of time before many more follow suit.

Then there’s the iWatch, which Twitter and Pinterest have already developed apps for. Wearable tech opens a wealth of opportunities for marketers. There is no doubt intrigue around the amount of data that the health element of the iWatch could offer marketers about their consumers. The other good news for marketers is that the iWatch is able to receive messages and calendar invites, couple this with the iBeacon, Apple’s bluetooth-powered location system, and digital marketers have a world of data available for real-time marketing.

Whether rival mobile creators will agree or not, Apple continues to be innovative and may gain itself an even larger market following its latest delivery. The iPhone 6 and iPhone 6 Plus went on sale on Friday in the U.S., Australia, Canada, France, Germany, Hong Kong, Japan, Puerto Rico, Singapore, and the U.K. It’s been rumoured that the devices will be available in South Africa mid-November.